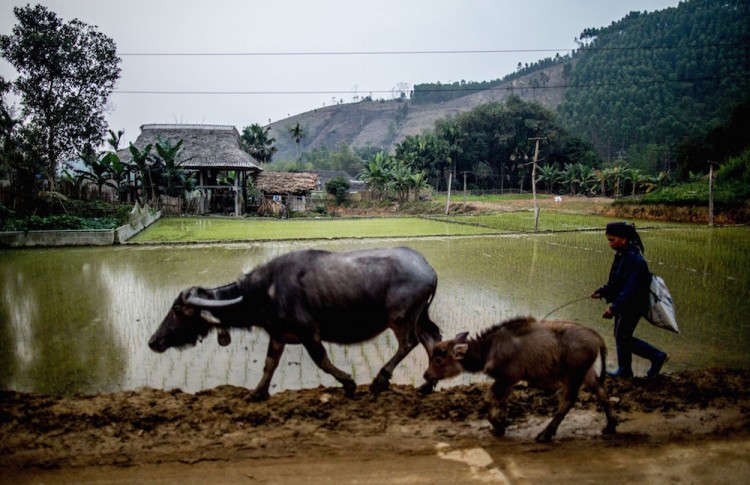 The village, which at the time was accessible only by boat or off-road vehicle, was populated mostly by Dao, one of 54 ethnic groups recognized by the Vietnamese government.

Mr. Binh, who is French-Vietnamese, later made Vu Linh a regular stop on the motorcycle tours he runs from the Vietnamese capital of Hanoi. In 2006, he bought a Dao stilt house in the area, moved it to the lakeshore and opened an ecolodge called La Vie Vu Linh.

Today the lodge has a five-acre site with stilt houses, bungalows, a guava and pomelo orchard and a pen for livestock. But despite the rustic vibe, it also has cozy couches, Wi-Fi and a bar that serves crepes and margaritas. “It’s fusion,” said Mr. Binh, 48. “We don’t need to be a museum.”

As international tourism grew in Vietnam over the past decade, the country’s rich mix of ethnic minorities and their distinctive cultures became attractions. A few foreign entrepreneurs opened accommodations in the villages of ethnic minorities, hoping to attract foreign travelers interested in their brand of tourism: supporting communities through employment, language and skills training and often long-term purchasing agreements with farmers and artisans.

At La Vie Vu Linh, Mr. Binh’s efforts do not just provide Dao villagers with jobs and tourists with somewhere to sleep at 1.2 million dong, or $55, a night, or less, for a private room. He has also recruited teachers to give his employees lessons in English, French, hospitality, theater and even circus arts. (Before moving to Vietnam in the 1990s, Mr. Binh managed a traveling circus camp in Ireland.) He said he also planned to open a floating fruit and vegetable market on the lake to promote sustainable agriculture in Vu Linh.

Tuong Van Thuong, a villager, said the lodge benefits the local economy and has helped promote and protect Dao culture. He said he and several other neighbors were operating their own homestay businesses.

Antoine Colmet-Daage, a French graduate student, visited La Vie Vu Linh in 2013, as part of a weeklong motorcycle tour of northern Vietnam. He said he enjoyed learning about Mr. Binh’s farming projects and noted that the modern comforts and tranquil setting were a relief after long days of riding bumpy roads on a motorcycle.

He added that he was surprised to find that he and a friend were the only guests. “I didn’t understand how a place like that could be so empty,” he said in a telephone interview from Toulouse, France.

On a recent afternoon at La Vie Vu Linh, the premises were again all but empty, except for Mr. Binh, his wife and a few of the lodge’s 15 employees. Mr. Binh acknowledged that he did not advertise — most of his bookings are made through travel agencies or international schools seeking cultural immersion programs.

He has not recouped his initial investments, including about $350,000 for structures that accommodate as many as 80 guests, and $6,000 for solar heaters and water filtration and biogas-capture systems. The expense “almost killed my company,” he said with a laugh, referring to his motorcycle touring business.

Mr. Binh hopes that he will break even in two years and that the recent opening of a highway between Hanoi and the Chinese border — Vu Linh lies slightly more than 100 miles from each — may increase bookings. But he was quick to add that La Vie Vu Linh is not a hotel but a project that blends tourism, ecologically conscious agriculture and long-term education for his employees.

“It’s a stool with three legs,” Mr. Binh said, sitting cross-legged in a stilt house overlooking the lake. “Remove one and it falls down.”